Community Cluster remove the COST barrier to private cyberspace ownership by aggregating surplus resources from others and taking over data income from the Cloud. Everyone now have RELIABLE infrastructure to operate at any scale, no matter their wealth.

Community Cluster is a citizen built distributed infrastructure that can span from the immediate neighbourhoods to remote towns across the world.

Community Cluster releases those untapped resources in the commuity e.g turn annoying wifi signals from your neighbours into an indoor geo-positioning system or use those wifi as backup links when you own internet link is down.

Under pinned by Citizen Synergy's breakthrough privacy and reward features, there is no limit of what a neighbourhood can achieve.

Community Cluster brings collaboration between neighbours to a whole new level, enabling them to build and operate basic infrastructure themselves. For example:

From weather stations to drone recharge stations ... the possibilities are endless ...

A citizen contributed location to the Nearby Mesh infrastructure is called a Spot. These Community Cluster Spots are independently owned by individual citizens, they can choose to connect with and provide service to people and other Spots of their own choosing.

As crazy as it sounds, getting all the neighbours to work together building infrastructure for their common good might NOT be legal in some countries.

This is especially the case with telecommunications, so please check your local laws to make sure that you are creating an infrastructure in your neighbourhood that is legal e.g. by NOT providing a commercial service.

In Australia, we are lucky to have ‘exempt network’ under subsection 34 (3) of the Telecommunications Act 1997, so the owner of the exempt network is not required to hold a carrier license. However the network can only be used for NON-COMMERCIAL purpose.

With Nearby Mesh, there is really NO OWNER of any network, the whole infrastructure is dynamic. Everybody run their nodes (e.g. wireless hotspots) at any time they want, so not sure how laws in different countries deal with that.

There are many wireless community networks around the world, for example with large ones in Germany, Greece,Spain, USA , Austria, South Africa.

It is interesting that similar community wireless efforts which will be most useful in less developed countries (e.g in Nepal) has stopped while they are still going in more advanced countries (e.g. from wifi hobbyists in Australia to farmers in Italy to low income families in USA).

Community Cluster pushes high tech collaboration between citizens to the limit, from reporting pot holes on the road to helping elderly do shopping.

A secure and private communication network is required to underpin collaboration between citizens.

The MIT Roofnet is an early example of a roof based network where radios on the roofs in the neighbourhood talk to each other, forming an independent high speed data network. 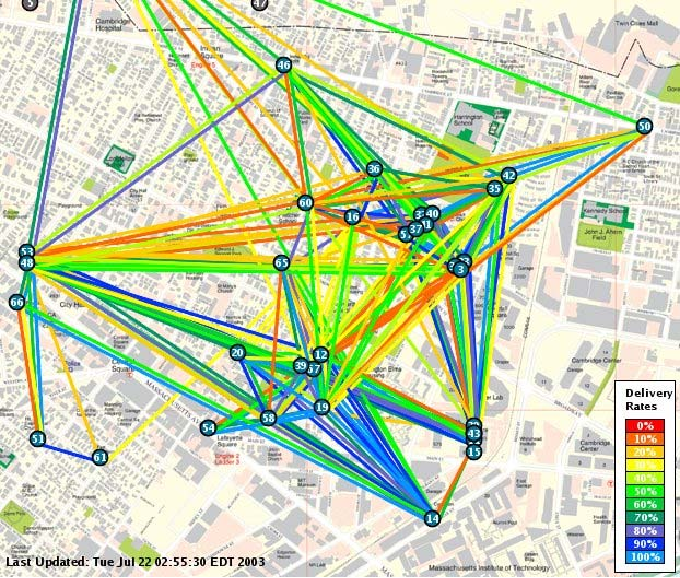 A radio mesh on the roof is cool since we can also interact with Unmanned Autonomous Vehicles (UAVs) easily on the roof e.g. refuelling them like in Float Mesh nodes. However, the installation of equipment, line of sight requirement etc. make it very difficult to achieve wide adoption. We started on the roofs of some buildings in Sydney using Australian WiFi Frequencies and Australia LoRa Frequencies.

About a year after we have linked 3 buildings (points 1, 2, 3 in above image) together with roof top radios, a new hotel was built in the middle blocking the WiFi signals between point 2 and 3. We now have to install another radio at point 4 in order to maintain roof top connection between all 3 buildings (this installation might be part of the planned 2022 year end meet up in Sydney).

As can be seen, roof node s can be challenging to deploy and operate.
For cities that have 4G in the air and fibre in the ground, we have put the deploying roof top radios on hold. We are still using radio mesh in other cases e.g. Float Mesh and Water Pile, but Virtual Private Mesh over the Internet, which can be deployed with just one command, is now the preferred method linking citizen sites within cities together.

With increasing restrictions on UAVs in the city, the advantages of placing Nearby Mesh Nodes on the roof have reduced. And as can be seen in our Roof Top deployment above, building up such a network can be difficult.

However, placing indoor nodes near a window and outdoor nodes on a balcony can still be viable, we will need to investigate that next.

Turn those annoying wifi signals from your neighbours into an indoor geo-positioning system or use those wifi as backup links when you own internet link is down.

Citizens can help increase the accuracy of satellite positioning systems substantially in their local areas by deploying NTRIP servers privately. 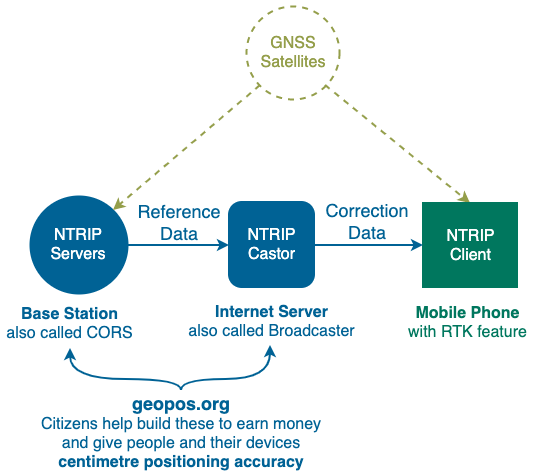 The same Nearby Mesh infrastructure (on roof tops etc.) can be used boost the number of NTRIP servers in your community delivering centimetre accurate positioning to its population.

Ability to create physical objects (especially with new designs) should be a fundamental capability of any community.

A Nearby Mesh of shared fabrication equipment scattered everywhere in the neighbourhood can encourage the community to consume less and produce more.

We have recently taken delivery of a laser cutter and will be installing in our Sydney office soon. It will be the start of a Neighbourhood Workshop that we hope to finish building over the next few months. 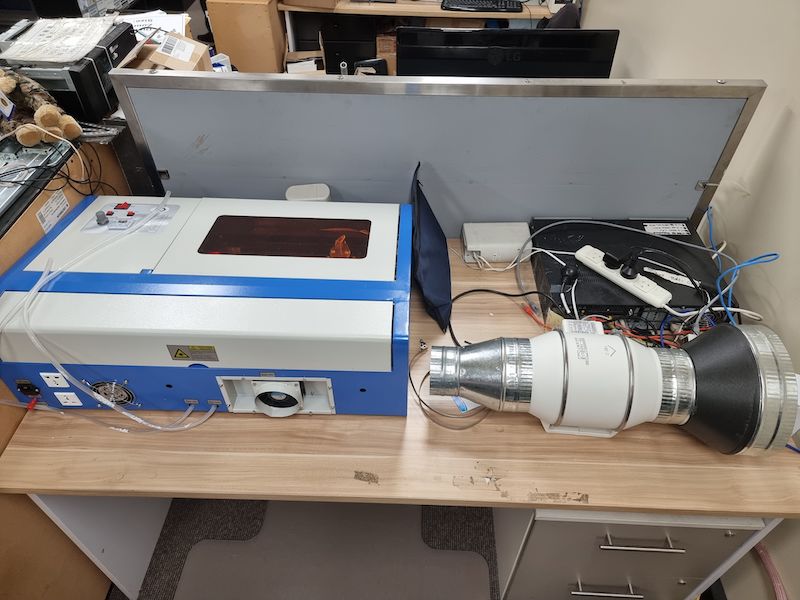 Why start with a laser cutter ?

Have you seen the case of the Raspberry Pi 4B we are trying to put into all your homes to run the Home Digital Hub ? 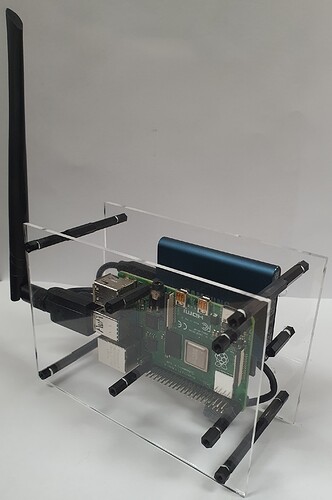 That is actually a kit you can buy from shop.oztralia.com, the thermal properties are great, but its looks ...

Live in a hilly suburb ?
Want to build a giant battery with your neighbours ?

Have a look at our Water Pile project!