Disposable Nodes can be deployed rapidly with just ONE COMMAND across many computer types. 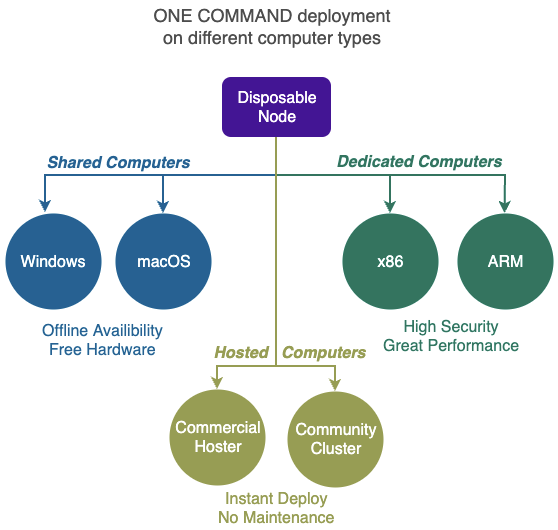 Deploying Disposable Nodes on Dedicated Computer on your own site gives the highest performances and security,

Only ONE COMMAND is needed to be ran on dedicated computers with the following operating systems:

Ubuntu can be deployed at ultra low costs enabling individuals and communities to build up their crowd infrastructure without much financial and technical resources.

The recommended ONE COMMAND install for Disposable Nodes is using the free Ubuntu operation system.

Ubuntu will run on most computers from tiny Raspberry Pis to massive IBM Mainframes.

Old laptops and refurbished desktop computers are our favourites, but you can also pay just a few dollars a month and have someone else run Disposable Node on their computers for you. When starting out, instead of installing Disposable Nodes yourself, you can rent a Ubuntu device for a few dollars a month and get a feel of the contributions and rewards involved, before investing into putting nodes on devices at your home, office, shop, factory etc.

As root, execute the following command on shell prompt.

That's it, the Disposable Node should now be visible in your Private Cyberspace!

In the command above you must supply the token given to you by the community you want your node to join OR you can create your own community and generate tokens yourself in your Private Cyberspace.

Millions of laptops around the world with damaged screens, hard disks and keyboards are perfectly good to function as a station running Infinite Disk nodes.

Laptops are by their nature low power and small in size, put them anywhere. As shown below, most laptops can continue to operate even with the lid CLOSED! 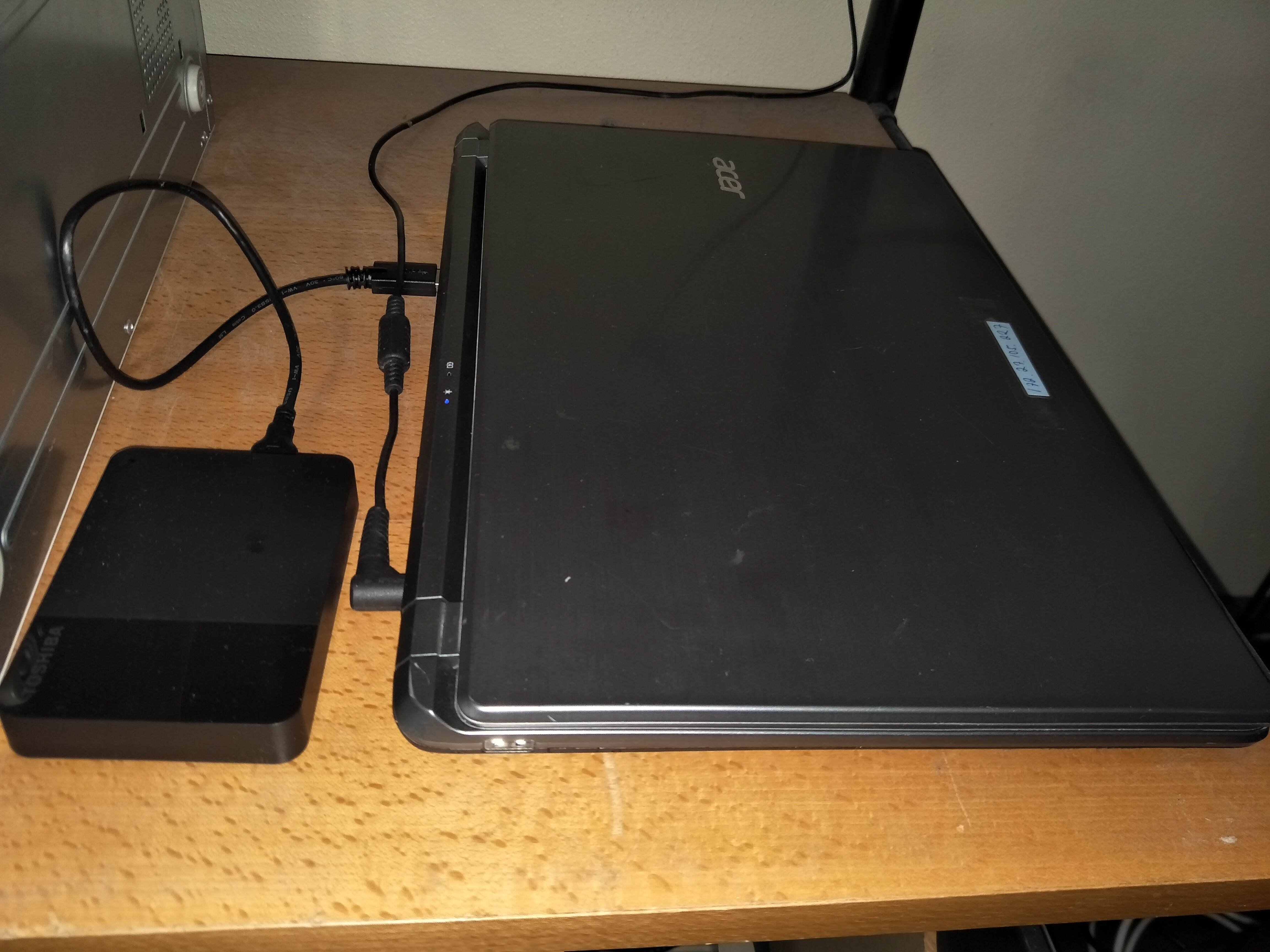 If the internal disk of the laptop is too small or has degraded performance or damaged then it is just as simple as plugging in the 4TB USB hard disk mentioned above.

Entrepreneur Tip:
Make money and save the environment by recycling damaged laptops into Infinite Disk nodes!

Most low cost ARM computers with 64-bit CPU and 2 GB RAM (e.g. Raspberry Pi 4B) can be used to build stations for Infinite Disk nodes.

For a ready made solution, the case that comes with ARM Home Station 1 already has provision for a USB 2.5 inch Hard Disk Drive (HDD)

Infinite Disk software is already preloaded in all Home Stations, so nothing need to be installed and the software will automatically configure itself when it is plugged into a local area network.

Infinite Disk hardware is also plug and play. Just push the HDD in from Cable Side of the case then tighten or loosen the 4 hold down nuts coming from the Raspberry Pi 4B, so the 4 nuts have enough pressure to push the HDD against the acrylic case wall. 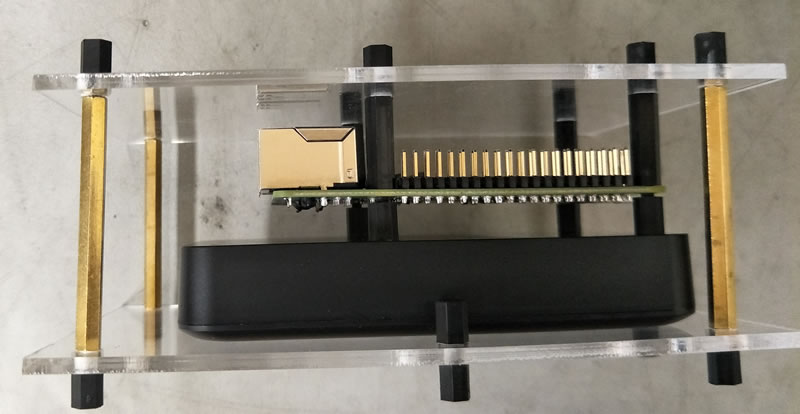 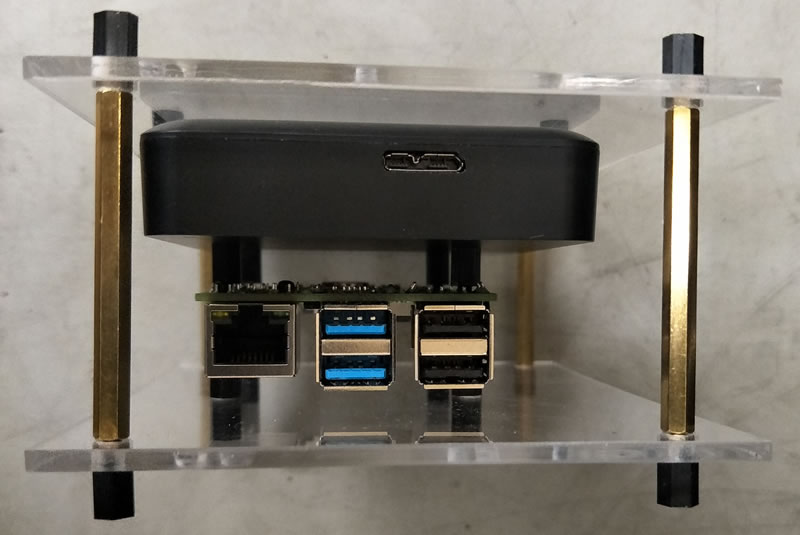 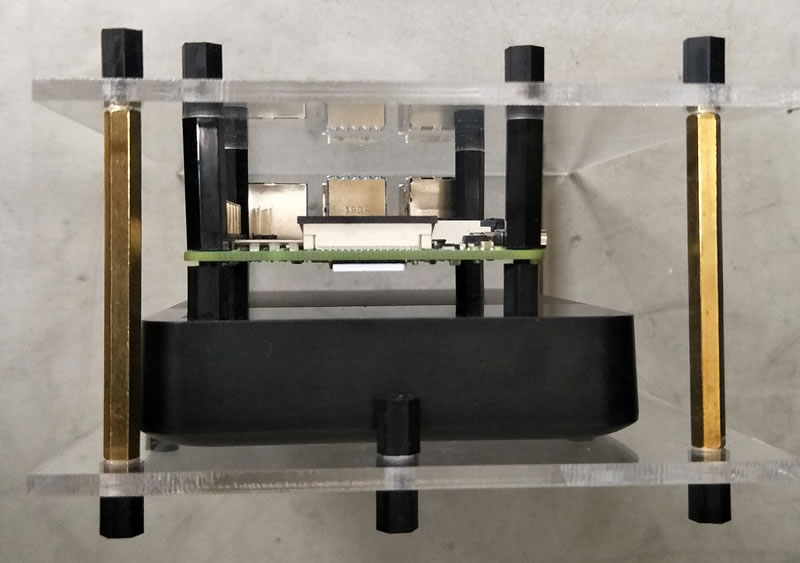