Different people mean different things when they use the word "open source", wikipedia has at least 2 separate pages: 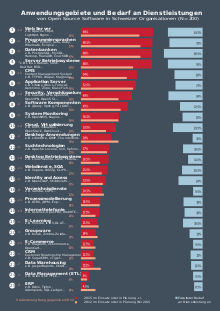 Open source is source code that is made freely available for possible modification and redistribution. Products include permission to use the source code, design documents, or content of the product. The open-source model is a decentralized software development model that encourages open collaboration. A main principle of open-source software development is peer production, with products such as source code, blueprints, and documentation freely available to the public. The open-source Open sour... 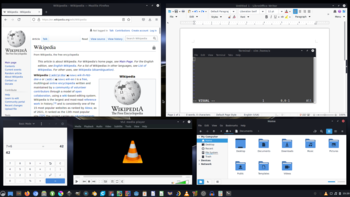 Open-source software (OSS) is computer software that is released under a license in which the copyright holder grants users the rights to use, study, change, and distribute the software and its source code to anyone and for any purpose. Open-source software may be developed in a collaborative public manner. Open-source software is a prominent example of open collaboration, meaning any capable user is able to participate online in development, making the number of possible contributors indef Ope...

The most popular and literal meaning of the word OPEN is used when we definite "open source":

OPEN not the same as FREE

Having access does not mean it is FREE access, the source may not be provided for free.

We do not support the hijacking of the word OPEN and using it to mean FREE - whether "free" means freedom or free as in money we don't care - what we do care is that "open" does not mean either of those.

Thus the personal console license is an open source license:

Personal Console License You can use, distribute, modify all our software running on your phone or computer free of charge subject to the Personal Console License. Personal Console includes the Web App which runs in web browsers and associated Helper Apps (e.g. 88.io Android App). The source code is published publicly at https://repository.88.io for security audits, feature enhancements, bug fixes etc. There is no restriction on usage but there are restrictions on distribution and modificati…

Most of our hardware and software are also open sourced, letting users the ability to inspect for security holes, to customise to their needs, to continue operating if we disappear . . . the possibilities are endless.

FREE is valuable in some cases

In most use cases, FREE is actually a good distribution model for OPEN hardware and software, but not in all use cases:

Given the same FREE access to the same resources, those with the wealth and skill can generally take advantage of and benefit from them more than those without. Hardly the outcomes that some free software proponents wanted.

Do we still need licenses ?

Citizen Synergy Exchange enables anonymous tracking of production and consumption for both physical and digital products and services. Giving producers and consumers unprecedented visibility while protecting their privacy.

Licenses are too broad, too static and too difficult to enforce in the online world where time and distance are no longer barriers to interaction between producers and consumers.

For the first time in history, producers and consumers can control exactly how they want to exchange resources on a per transaction level with unlimited flexibility e.g. enforcements can be built-in, rewards can be retrospective.