The Video Server application provides a community based alternative to large video sites like youtube.com.

The Video Server application runs in a Disposable Node that is owned by a group of friends, relatives, neighbours . . . whatever . . . even by just one person!

Being a Blue button Campus Server, the Video Server application is Server Encrypted during data transit (between end-user device to server) and when data is stored (on the server's permanent storage), but the server does HAVE access to the data.

Green button Campus Client applications are End-to-End Encrypted, the data is encrypted BEFORE being sent to the server. So only the end-user devices have access to the data, but the server does NOT.

The Campus Video Servers are only used for storage and broadcast of PUBLIC video and audio. If you have private videos or you like to restrict viewers please run a Video Server using Home Resources. 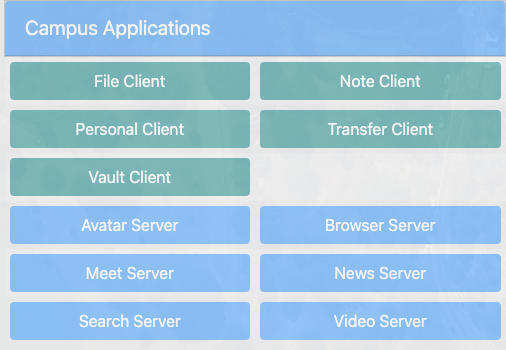 Broadcasting video to many people requires massive infrastructure that no individual and not even some governments can match, 88.io enables everyone involved to share the broadcast load.

For example, the video.contacttrace.com.au server hosts all the video instructions on how to set up location and camera permissions on mobile phones, but it does not have enough resources to handle large numbers of concurrent viewing audiences.

There are of course many other advantages, like storing your viewing habits to get better insight into yourself or providing that information to others for free or profit.

As in any crowd-owned effort, it is great to have the state government in your team.

Without a middle party trying to make money, both viewers and creators have much more freedom in what they can do.

For viewers, their viewing habits can still be sold to the highest bidder, just that the money now comes into the viewers' pockets instead of the Cloud's pocket.

For creators, they can complement their existing channels with an alternative channel under a domain name that they OWN, that imposes no limit on what they can do.

From user interfaces to monetization options, from video recommendations to integration with other services, creators now have full control in developing their own information assets instead adding value to the Cloud's assets in highly restricted way.

In order to match the massive video broadcasting capability of the cloud, crowd-owned video distributes the load from the original creator to other creators and viewers. 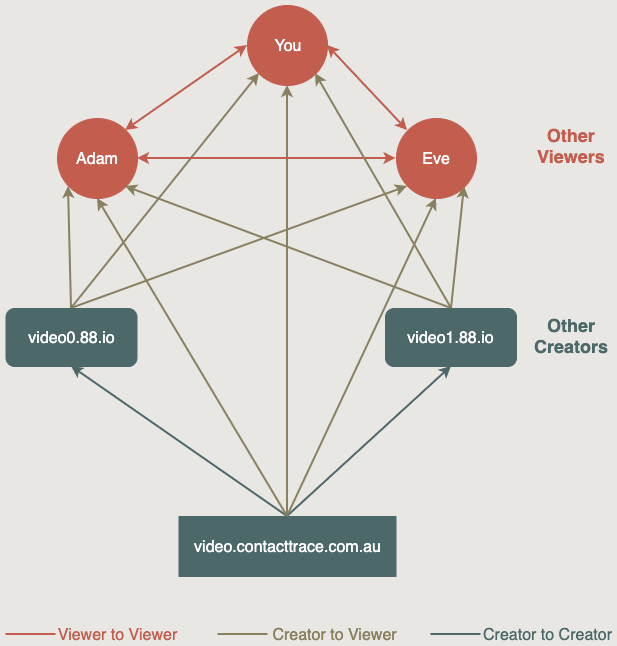 The internet is a diverse place with many different and opposing view points, instead of letting the cloud platform suggest an advertising revenue driven search result to the viewers of your channel. You can suggest search results based on your own video and and videos of other creators you believe will benefit

influence that search result by

With crowd-owned video, creators provide their own search engine

Instead of relying on and thus being controlled by a cloud based video platform, with Crowd-Owned Video the viewers and creators of videos have to freedom to support only videos they believe in.

Currently the Cloud is only disclosing the information about a channel that it think is suitable for the creator to the creators.

Viewer to Viewer broadcast (also called Video Sharing) between viewers can save the creators a lot of money (especially with popular video), however not everyone would want to contribute. 88.io allows individual viewers to monitor and disable the viewer to viewer broadcast.

You can see the contribution you are making and the number of peers you are connecting to on the bottom of the video player. 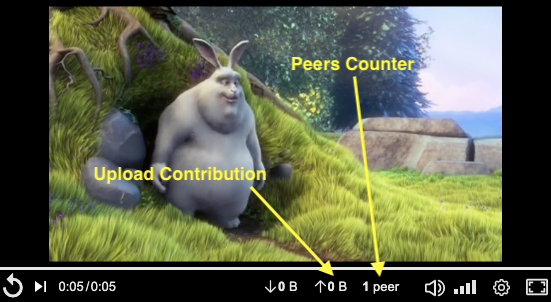 Some instances disables video sharing by default. For those that have video sharing turned on, you can disable the sharing yourself by changing the Settings. 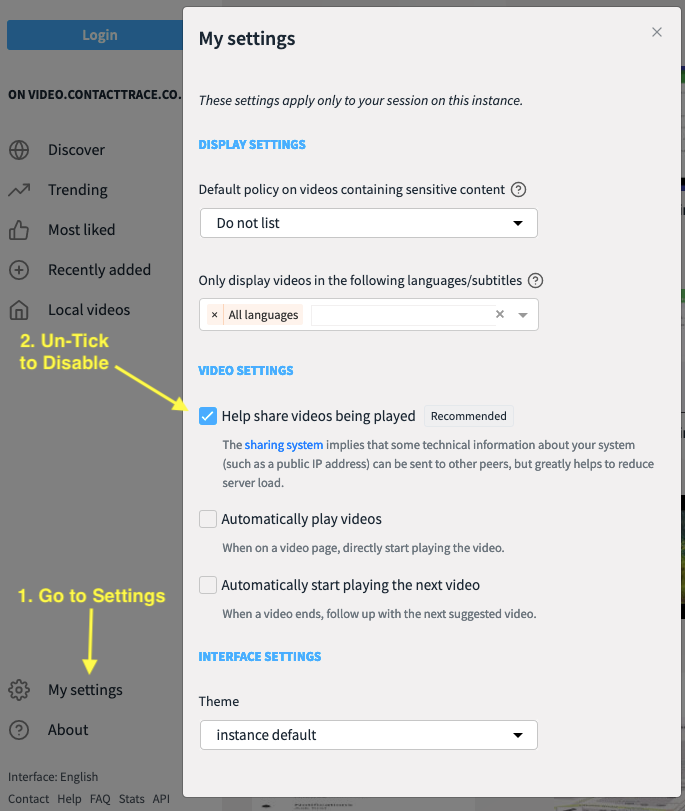 Built in automated tool allows videos from more that a thousand popular video sites (from youtube to youku) to be downloaded into server of your choice.

Viewers can use different Alias for different channels, protecting their privacy

Subject to individual viewers' approval, creators can get detailed information about their viewers