Infrastructure Exchange remove the COST barrier to private cyberspace ownership by aggregating surplus resources from others and taking over data income from the Cloud. Everyone now have abundant compute power to operate RELIABLY at any scale, no matter their wealth.

Deploy Crowd Infrastructure to increase capacity and reduce cost with just One Command. By leveraging surplus resources from each other and taking data income away from the Cloud, people at ALL skill and wealth levels can benefit from technology equitably.

With numerous massive data centres around the world, there is NO WAY for Private Cyberspaces to match the scale of the economies of the Cloud Platforms using traditional infrastructure. 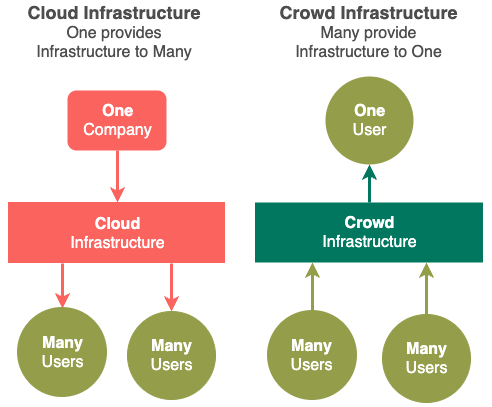 Breaking up your existing Cloud services that are ran by a handful of companies into thousands of sites all around the world can add a whole new dimension into your digital life.

Private Cyberspaces working together can transform the information landscape, Imagine Apple and Google working together! From a few friends backing up each other's data (infinitedisk.com) to millions of citizens controlling pandemics (virtualvaccine.me), the possibilities are endless.

Crowd Infrastructure has been developed to solve the Personal Privacy vs Virus Visibility Conundrum that has prevented rapid isolation of COVID transmission. The same capability can be applied in many areas, from controlling transmissible diseases to redistribution of excess food to polling public opinions to finding missing persons to alerting about active terrorist attack.

The flexibility of Crowd Infrastructure enables the Users to take advantage of the daily improving technology curve, whether it is blockchain or AI they all run on the user's OWN infrastructure.

Instead of having to support thousands of users, the "upside down" Crowd Infrastructure only has to support one user.

A unique features of Private Cyberspace is its ability in making use of readily available Private Devices (like phones and laptops) widely owned by everyone in its Crowd Infrastructure. 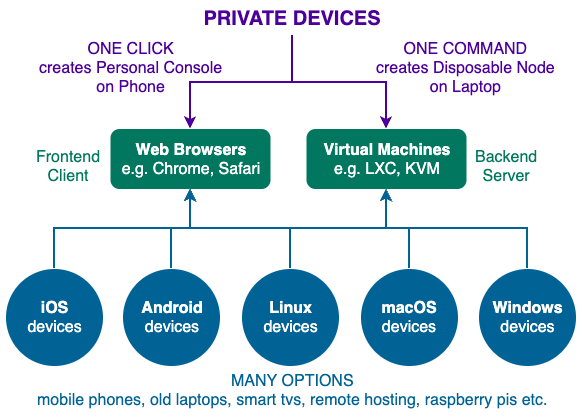 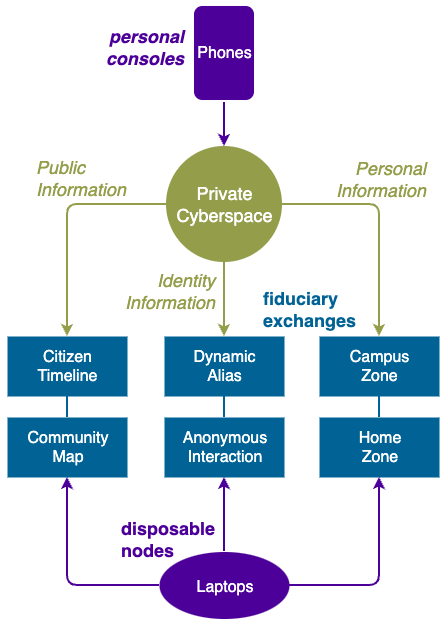 Disposable Nodes are basic computing blocks that can be used to deploy an unlimited range of processing, networking and storage systems. 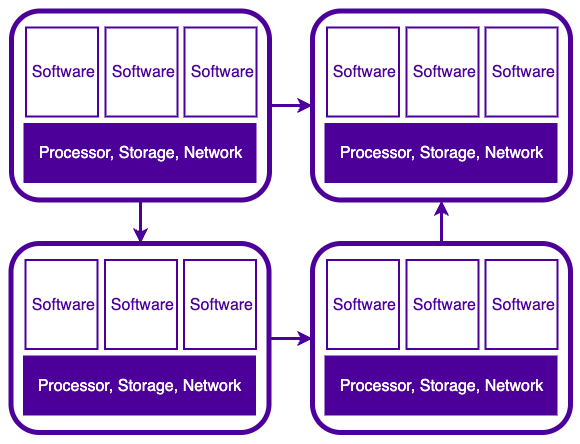 Disposable Nodes are not only great for privacy, ironically they create highly reliable systems by being easily disposable themselves. 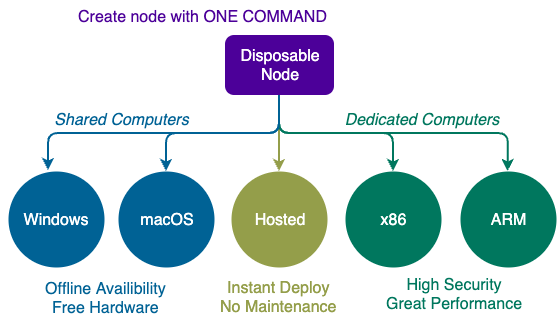